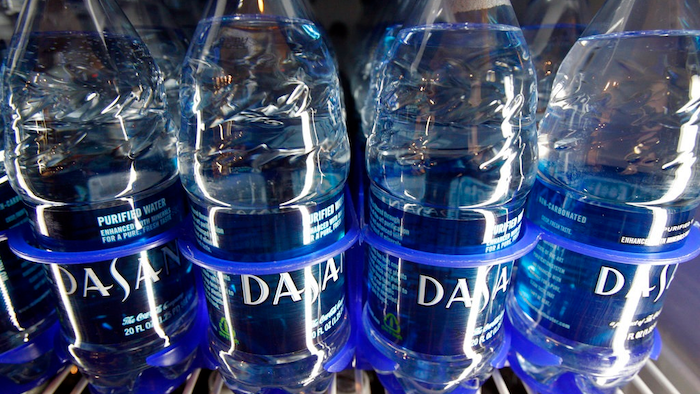 Coke says it will launch sales of its smartwater brand in 20 markets by the end of this year, bringing it to a total of 32 countries.

Coke said sales of juice, dairy and plant-based drinks dropped 3 percent due to declining sales in the Middle East and Africa. Tea and coffee sales were also down 2 percent despite the growth of newer brands like Fuze Tea and Gold Peak.

Coke expects to expand its presence in coffee with its $5.1 billion acquisition of Costa Limited, which was announced in August and is expected to close in the first half of 2019.

The world's largest beverage maker posted net income of $1.88 billion, or 44 cents per share. Earnings, adjusted to account for discontinued operations and non-recurring costs, came to 58 cents per share, which is 3 cents better than Wall Street expected, according to a survey by Zacks Investment Research.

Coca-Cola's revenue fell 9 percent to $8.24 billion in the period, just above analysts' expectations. Coke said the lower revenue was due in part to the refranchising of local bottling operations. The company has spent the last decade returning ownership of the low-margin business of bottling to local partners.

Coke shares have risen slightly more than 1 percent since the beginning of the year.