The expansion will enable the brewer to more quickly distribute water in times of need - like the pending hurricane bearing down on the southeast. 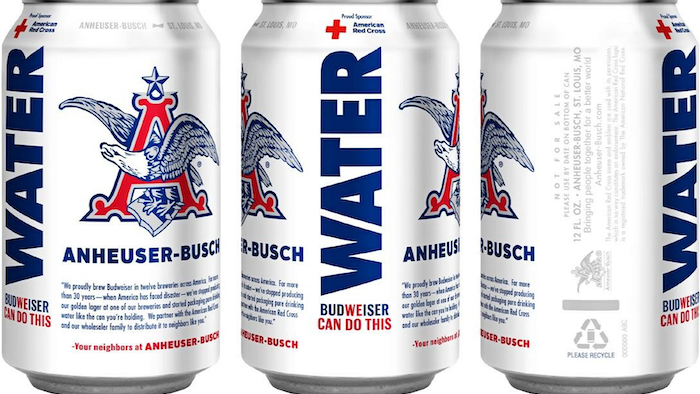 For over 20 years Anheuser-Busch has produced canned drinking water at its brewery in Cartersville, Georgia. This was documented not only after the events of Hurricane Harvey last fall, but also in a commercial during the last Super Bowl. When the commercial was launched, Anheuser-Busch announced a commitment to expand production of emergency drinking water to include its Fort Collins, Colorado brewery.

On Wednesday, the facility concluded a months-long process and was brought online to can emergency drinking water. The expansion will enable the brewer to more quickly distribute water to communities from coast to coast during times of need - like the pending hurricane bearing down on the southeast.

“For the last 30 years, we have been working with the American Red Cross and our wholesaler partners to provide clean, safe drinking water for communities hit by natural disasters,” said Michel Doukeris, CEO of Anheuser-Busch. “Earlier this year, we recognized the employees who help make the program possible in Budweiser’s Super Bowl commercial and made a new commitment to expand our capacity to produce safe, clean drinking water for disaster relief at our Fort Collins Brewery. Today, we are pleased to deliver on that promise, doubling our production capacity to help our fellow Americans in times of need.”

Wednesday also marks the debut of newly designed cans and truck designs that support the program. “The American Red Cross and Anheuser-Busch have worked together for over three decades to help provide clean, safe drinking water for communities hit by natural disasters, totaling more than 79 million cans of water to help people in need,” said Cliff Holtz, chief operating officer at the American Red Cross.

Pepsi, Anheuser-Busch On Board With Tesla