Sugar Deal with Mexico to be Signed This Week

Trump tweeted that the pact was "a very good one for both Mexico and the U.S. Had no deal for many years which hurt U.S. badly."

The agreement, announced June 6 and likely to be formally signed this week, is intended to prevent Mexico from dumping cheap sugar into the U.S. market.

Economists, however, complain that only sugar producers and refiners will benefit from the agreement. "It is a really poor deal for consumers and sugar-using companies," said Daniel Pearson, senior fellow in trade policy at the libertarian Cato Institute. "They're going to pay a higher price."

Then again, the dispute might have broadened into a trade war with Mexico if it had not been resolved and if the U.S. had imposed duties on Mexican sugar imports. A nasty spat could have jeopardized plans to renegotiate NAFTA, the 23-year-old trade agreement involving the United States, Mexico and Canada.

The sugar deal "clears away an issue," said Joshua Meltzer, senior fellow at the Brookings Institute. "It smooths the politics a little."

Mexico accounts for 38 percent of the 1.9 million metric tons of sugar imported into the United States so far in the 2017 budget year, according to the U.S. Agriculture Department. This makes the U.S. a prime source for a sweetener that is practically a staple of many Americans' diets.

Sugar prices had been rising gradually until 1974, when they suddenly lurched upward and began — despite a few dips — to increase at an accelerated pace. But the costs of sugar and sweets have been drifting downward since September 2015.

The sugar industry accounts for a tiny share of America's 146 million jobs. More than 73,000 workers were involved in sugar and confectionary manufacturing last year, according to the Bureau of Labor Statistics. 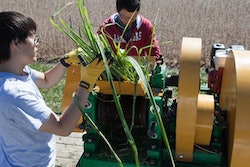 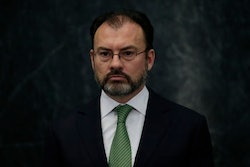 Mexico Will Negotiate on NAFTA 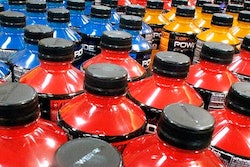