Moving to aerial digital inspection will enable accurately and safely improving the manufacturing metrology of the F-35. 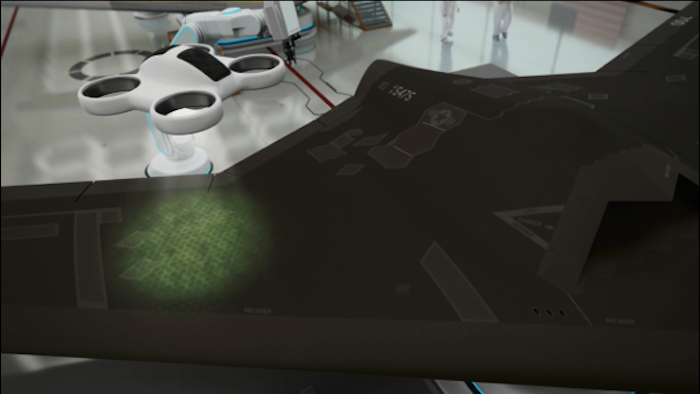 CAD/CAM Services mission was to deliver to Lockheed Martin a drone-mounted scanner that can accurately (± 0.025mm) measure large assemblies, and transmit that data to a system that ultimately creates CAD files for first article inspection or maintenance purposes.
CAD/CAM Services

The F-35 Lightning II is an all-weather stealth combat aircraft that is intended to perform warfare strike missions and electronic surveillance capabilities at speeds up to 1.6 Mach.

Composites comprise 35% of the airframe weight, with the majority being bismaleimide, as well as some carbon nanotube-reinforced epoxy, which has a tensile strength of approximately 100 times greater than steel.

Any deviations in external dimensions can interfere with stealth capabilities, and at supersonic speeds, prove catastrophic to both plane and pilot.

Therefore, it is critical that the “as built” metrology is confirmed as “near perfect” to the design. Currently, inspection is done by hand at Lockheed Martin’s production facility in Fort Worth, Texas.

Gantries are assembled above the craft and workers use handheld scanners extended at arm’s length. This manual process introduces variables and also puts workers at risk as they attempt to straddle the smooth contoured surfaces of the aircraft.

In an attempt to generate faster results, while increasing accuracy and safety for all involved, factory worker, customer and user, the transition to digital inspection is required.

“There needs to be a bold first adopter of aerial digital inspection in the industry and Lockheed Martin hopes to fulfill that role with this use case,” said Chris Colaw, Lockheed Fellow, Quality & Mission Success. “This is important in the quality space because it helps us peel away the reliance on so much human involvement.”

Any deviations in external dimensions of the U.S. Air Force version of the F-35 Lightning II can interfere with stealth capabilities, and at supersonic speeds, prove catastrophic to both plane and pilot.CAD/CAM Services

Many devices currently allow for digital measurement of assemblies on a small level. However, the problem is how to scale up existing commercial equipment to inspect large, completely constructed projects, such as a large-body aircraft, ships and even submarines, while still holding to tight tolerances.

“For 100 years in aviation we have been using humans for quality assurance, but roughly 75% of my costs come from inspection and 66% of that requires humans to perform, which involves some degree of subjectivity,” Colaw said. “But in our digital future, we need to embrace things in a different way.”

Lockheed Martin sought to find an automated metrology solution to confirm and document measurements to the tightest tolerances in a faster, more accurate and more repeatable process.

“We were doing our own research on what a digital future would look like, but we opted to work with CAD/CAM since they presented an opportunity to partner with a scanner company and the University of Texas on drone control,” Colaw said. “That saved us from having to do all the work on our own. The collaboration was a natural fit.”

Its job was to assemble a team of industry-leading suppliers that would deliver to Lockheed Martin a drone-mounted scanner that can accurately (± 0.025mm) measure large assemblies and transmit that data to a system that ultimately creates CAD files for first article inspection or maintenance purposes.

The company, based in Texas, has provided 3D modeling and CAD conversion services worldwide since 1988. Its customers include Boeing, Litton-Ingalls Shipbuilding, the U.S. Navy and Air Force.

“We are taking various commercial, off-the-shelf components, slightly modifying them, and tying it all together to create a new system to solve a problem that is needed by industry,” said Scott Shuppert, CEO of CAD / CAM Services. 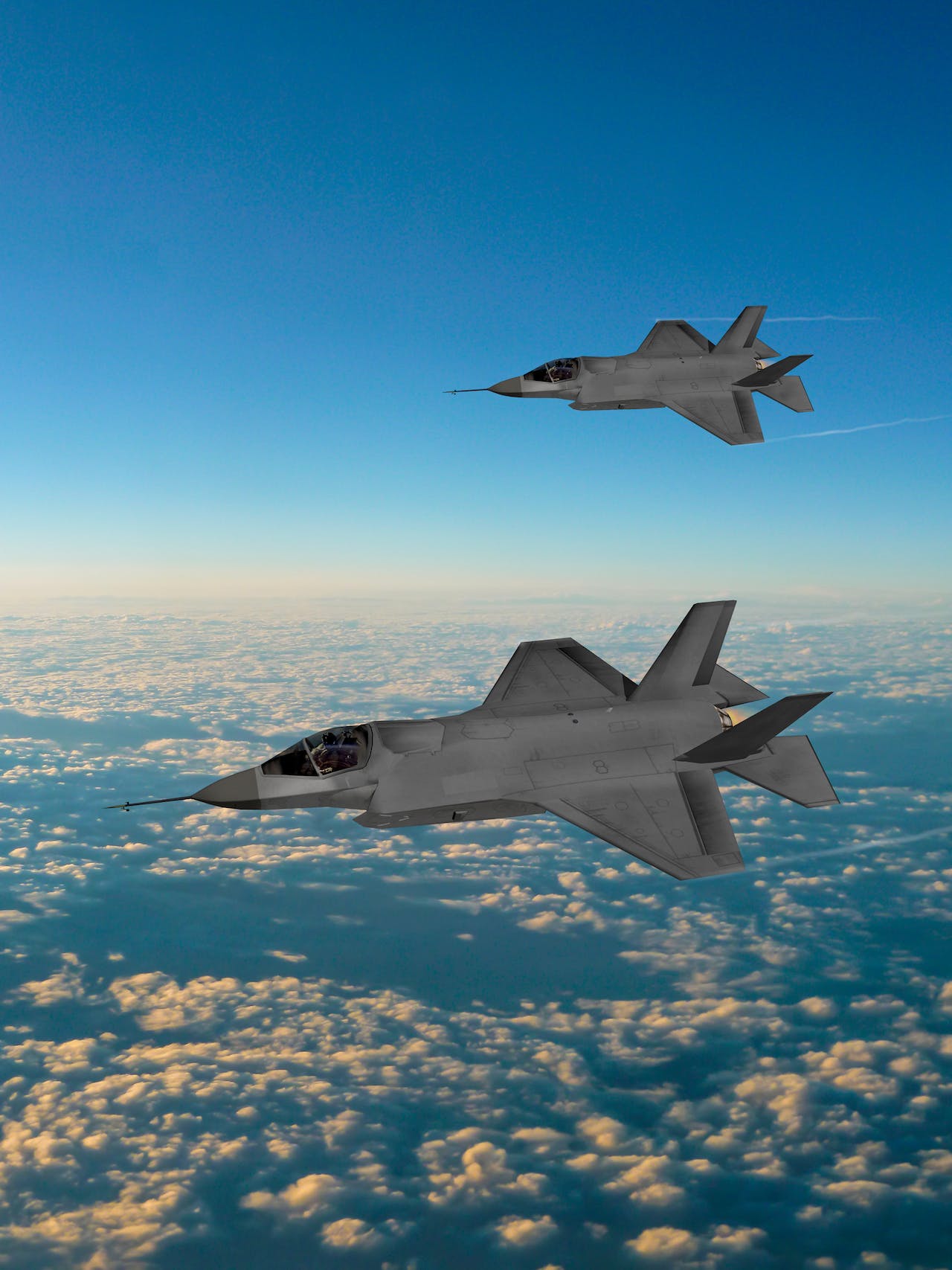 The synergistic result started with the drone and the camera inspection software, which had to actively search for issues such as: dents, cracks, deformations, corrosion and alignment issues and then reconcile the measured results to the design model.

“Our team decided we needed to have both a drone and a robot to inspect on the assembly line,” Shuppert said. “The drones will fly above and around the craft, while the wheel-mounted robot will work underneath the plane. For the drones, we went with Airgility because they had most of what we were looking for.”

The guidance and control (G&C) system utilizes a multi-loop architecture that computes the error between a desired reference position and the current drone position and then synthesizes the desired 3-axis movements of the rotors at an 80 Hz sampling rate. This allows the drone to operate without the benefit of global positioning satellites.

“Since GPS signals can’t penetrate a heavily built aircraft hangar, the drone has to rely on the internal G&C system,” said Pramod Raheja, CEO and co-founder of Airgility. “This system regulates the angular orientation of the drone via an independent thrust vectoring system so it can follow a 3-D reference trajectory based on the physical dimensions of the aircraft.” 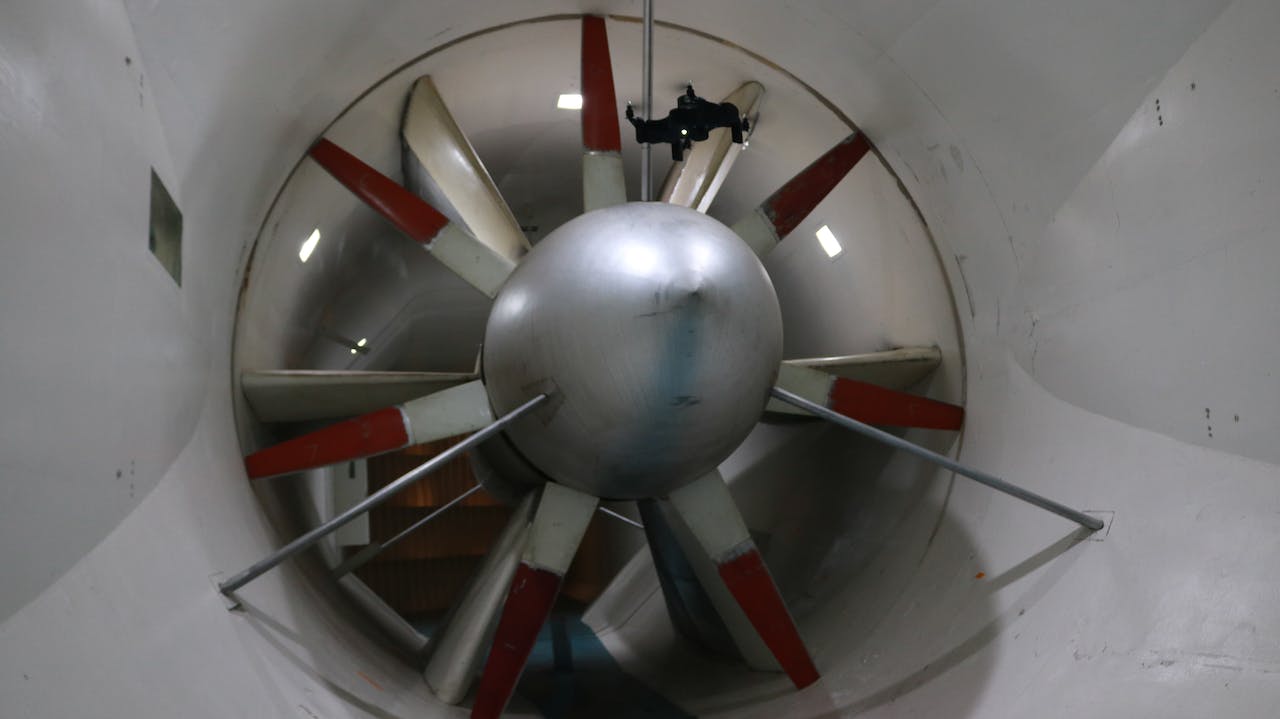 Lockheed Martin will be the first adopter of aerial digital inspection in the aerospace industry with the utilization of drones to inspect the F-35.CAD/CAM Services

Raheja explained how situational awareness is achieved by an algorithm that incorporates data from numerous, redundant sensors. This allows the craft to fly in narrow spaces, like over and under a gantry or aircraft wing.

Also included in the intelligence is a self-contained on-board AI failsafe mechanism, so if the software crashes for any reason, the drone will simply back away, avoid any obstacles and land itself.

“Before we let a drone fly next to an $80 million jet, we wanted to test it within a lab environment,” said Lockheed Martin’s Colaw.

This is where Animesh Chakravarthy, Ph.D., Professor of Mechanical and Aerospace Engineering and Flight Control at the University of Texas at Arlington, was brought in. Chakravarthy’s research in collision avoidance has been recognized by his receiving a prestigious CAREER award from the National Science Foundation (NSF).

“The goal is to have the drone performing multiple precise orbits around the aircraft, at just the right speed, while at the same time ensuring that the scanner is properly oriented towards the aircraft,” Chakravarthy said. “The trick is not getting so close as to cause a collision, but not so far away as to distort the readings.”

Chakravarthy’s advanced students will develop the mechanical robot that carries the scanner under the plane along the plant floor. It will be equipped with its own G&C system (conceptually similar to that of the drone) that will autonomously track the reference trajectory while ensuring collision avoidance.

“Sometimes drone technology gets a lot of attention because it is neat and intriguing, but there has to be a business value behind it,” Colaw said. “Using drones and this type of scanning technology really opens the door to better understand our product and to cost-effectively substantiate the quality of our products in a way that we can’t currently do because we are limited by human bandwidth.” 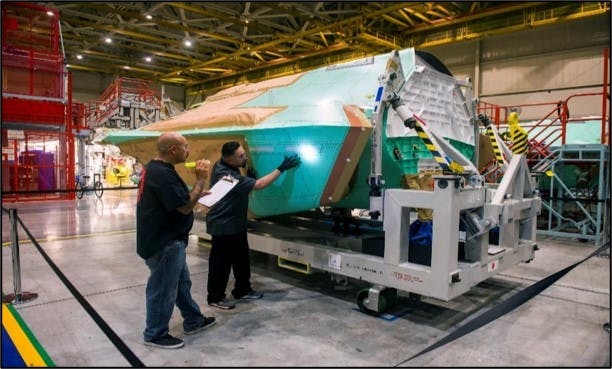 The manual inspection process of the F-35 introduces variables and also puts workers at risk as they attempt to straddle the smooth contoured surfaces of the aircraft.CAD/CAM Services

Expanding the capability of drone-integrated metrology

The current STTR award includes options for even further advancements. Of great importance to Lockheed Martin is identifying any delamination within the composite skin of the F-35.

Since separation of the layers and voids cannot always be seen or measured from the surface, a non-destructive testing method is necessary.

This is where highly sensitive IR cameras can be used to inspect beneath the composite surface of the craft to effectively visualize and identify any anomalies.

“The IR flash lamps act as an excitation source to transfer heat through the material,” said Desmond Lamont, Global Business Development Manager for Teledyne FLIR. “Since voids and gaps don’t transfer heat as efficiently as a solid does, the heat will build and the camera identifies these hot spots and points out the adjacent fault areas.” 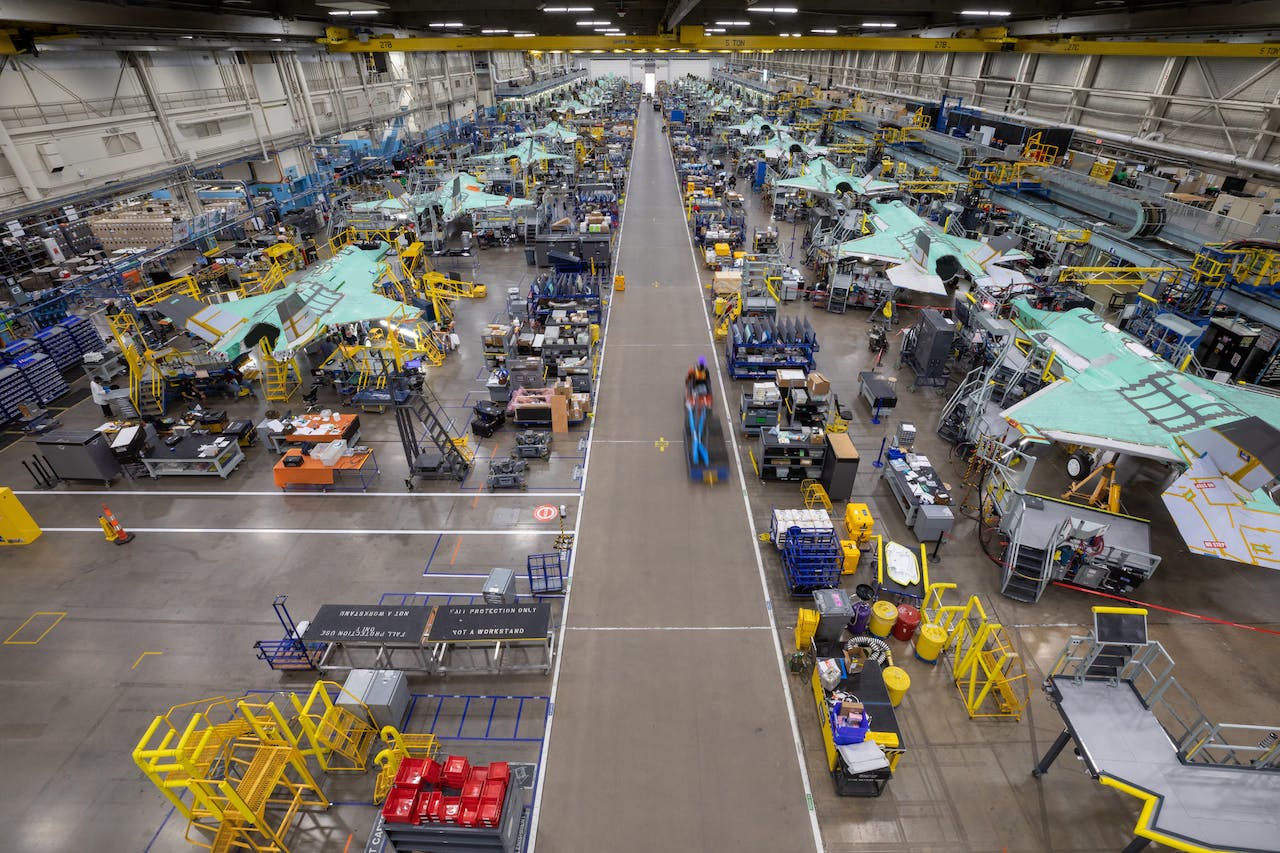 Metrology and delamination inspection is currently done by hand here at Lockheed Martin’s production facility in Fort Worth, Texas.CAD/CAM Services

While there were a number of challenges the team encountered, the issue of removing the wiring tether from the scanner was considered one of the most significant. A wireless approach is much safer and more capable of dodging personnel and physical infrastructure on the factory floor.

The Airgility team will solve this problem by utilizing AI drones that only transmit crucial data, thus greatly reducing bandwidth.

“Since the intelligent drone knows what anomalies to look for, it only sends that info and ignores the expected results,” Raheja said. “Therefore, you don’t need to transmit a lot of data continuously.”

The ultimate result of this collaboration is a reliable, highly accurate (plus or minus 0.025mm) inspection platform for large body craft that removes human error and safety risk from the manufacturing environment.

“With the F-35 there certainly is a use case to employ this technology where it has a successful chance of entry,” Colaw said. “The idea is to scale it across the other Lockheed Martin business units and then become a major proponent for using this technology in other applicable industries.

Dr. David Rizzo is a Phoenix-based freelance writer with more than 30 years of experience writing for the design engineering, aerospace and manufacturing sectors.