This Super Monster Wolf was Built to Battle Boar

At first you think the name is over the top, and then you look into the glowing eyes of this demon and realize that it is pretty accurate.

Scarecrows have been used to protect fields for the better part of 3,000 years. While the original designs kept quails out of wheat fields in Egypt, different variations have come along to keep other pests at bay.

The latest, particularly terrifying iteration is the Super Monster Wolf. At first you think the name is over the top, and then you look into the glowing eyes of this demon and realize that it is pretty accurate.

The solar-powered Super Monster Wolf was developed in part by researchers at Hokkaido University and Tokyo University of Agriculture to blast 48 different tones to keep wild boars from damaging crops.

The 90 decibel screeches can be heard for up to 1 km2, and the idea is that with 48 different screeches, the boars won’t get used to the cries.

So far, the wolf has been a success. According to the local agricultural association, wild boars have been non-existent for more than a month since the wolves were installed.

The robots are covered with realistic-looking fur and include flashing LED eyes that are set off by an infrared sensor. It also shakes its neck to make it look more aggressive while protecting the rice and chestnut crops in the paddy fields.

Next, the robot wolf is headed into mass production, with an expected cost around $4,840. Once that price comes down, might have a future in home security, or at least the fall holiday season. 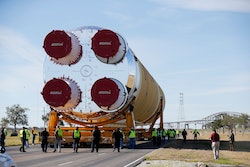 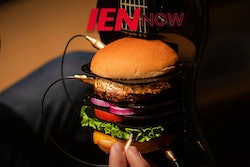 No Accounting for Musical Taste