Food loss and waste are major problems around the world.

Food loss and waste are major problems around the world. When food is tossed aside or allowed to spoil, it makes economies less productive and leaves people hungry.

It also harms Earth's climate by generating methane, a potent greenhouse gas. Food loss and waste accounts for 4% of global greenhouse gas emissions. If food waste were a country, it would be the third-largest emitter in the world, ahead of India and behind only China and the U.S.

Worldwide, 1.3 billion tons of food are lost or wasted every year. Earth's population is projected to increase from 8 billion today to roughly 10 billion by 2050. Feeding that many people will require nations to increase agricultural production by more than 70% and reduce food loss and waste.

Expanding food cold chains to the world's least-developed countries can have enormous impacts. But it also raises concerns if it's not done in a way that avoids contributing to climate change.

Existing refrigeration systems release hydrochlorofluorocarbons, or HCFCs, and hydrofluorocarbons, or HFCs, which are extremely potent greenhouse gases. Producing electricity with fossil fuels to power these systems also worsens climate change. For these reasons, exporting traditional cold chains to developing countries is not environmentally and socially sustainable.

Instead, developing countries need cold chains that run on renewable energy and use alternative refrigerants with lower climate impacts. As a scholar focusing on sustainable development, green growth and climate change, I believe that expanding cold chains in the developing world – particularly sub-Saharan Africa – will not only benefit the environment but also provide important social benefits, such as empowering women.

To understand why cold chains are so important, think about how food travels from the farm to your table. First it is harvested and shipped to a wholesaler. Then it might go straight to retail stores, or to a food processing company to be cooked, frozen or canned. At each stage it may sit for periods lasting hours to days. If it is not held at a safe temperature, the food may spoil or become contaminated with bacteria that cause foodborne illnesses.

In 2021, over 700 million people were hungry around the world – 425 million in Asia, 278 million in Africa and 57 million in the Caribbean and Latin America. Many countries in these regions have minimal cold storage capacity to keep food from spoiling before it can be eaten.

Seafood, meat, milk and vegetables are highly reliant on cold food chains. Countries mainly in the developing world lose 23% of their perishable products before they reach markets.

Loss of cereal crops, which also benefit from cold storage, are equally staggering. For instance, Ethiopia loses about one-third of its stored corn after five weeks due to lack of proper storage. In 2019, India's Ministry of Food Processing Industries estimated that the country had lost or wasted 56 million tons of food, worth about US$10 billion, mainly due to lack of cold storage.

Inadequate postharvest management can lead to crop contamination and pest infestation. In Uganda, where most corn is grown by small farmers who lack proper facilities to dry and store it, contamination with fungi that produce dangerous substances called aflatoxin has been a significant human and animal health concern.

Nearly 150 countries have adopted the Kigali Amendment to the Montreal Protocol on Substances that Deplete the Ozone Layer. This measure, negotiated in 2016, is driving changes in the cooling energy sector by requiring nations to phase down use of HFCs.

The global cold chain market is worth $160 billion today and is projected to reach $585 billion by 2026. Solar-powered cold storage is a niche market today, but is poised for growth.

In addition to minimizing food loss and waste, increasing incomes, curbing land degradation and reducing greenhouse emissions, sustainable cold storage offers great benefits for women, who produce 60% to 80% of crops and are responsible for postharvest activities in most developing countries.

Research in climate finance shows that women may be disproportionately burdened by poverty because they have less access than men to assets and financial resources in many countries. However, since women play key roles in farming and managing food supplies, they are positioned to participate in the food cold chain business in remote and rural areas if the international community provides financial and technical support, thus improving their economic status and livelihoods.

I see sub-Saharan Africa as an ideal candidate for the introduction of food cold chains, for several reasons. First, most of its food loss and waste occurs during harvest and postharvest stages. Installing sustainable cold chain systems at these stages can greatly reduce losses at an early point.

In my view, a bottom-up approach starting at the farm level is the most viable strategy. Notably, dairy farmers in Uganda are organized into cooperatives, which have invested in cold chain storage. This made them much more resilient to commercial disruptions during the COVID-19 pandemic than other sectors, such as fish and vegetables, which suffered heavy losses when producers could not get their products to markets.

Nigeria has the highest yearly food loss and waste rate in Africa – 415 pounds (190 kilograms) per capita. In northern Nigeria, a six-month pilot project that installed solar-powered cold storage for seven small fruit and vegetable markets preserved the quality of the goods and enabled the markets to charge higher prices.

These systems generated estimated net profits of roughly $8,000 per year per market. Even at a 7% annual interest rate, such a system could recoup its $40,000 capital cost within a decade.

Access to electricity is as low as 55% in some parts of Nigeria, and most of its electricity comes from gas and oil. Renewable-powered cold storage offers a cleaner alternative.

Other experiments have produced similar results in northwest Kenya and in Indonesia's Wakatobi islands, where 78% of the population relies on fish as a staple food. Solar-powered cold storage facilities helped these communities save money and reduce waste.

To promote efficient and climate-friendly cooling, including air conditioning and refrigeration, the United Nations Environmental Program has organized a Global Cool Coalition that includes cities, countries, businesses and international organizations. I see this partnership as a way to make progress on both sustainable development and climate change. In my view, investing in renewable-powered cold chains in the world's least-developed countries will help spur green growth, protect nature and feed the world's hungry people.

This article is republished from The Conversation under a Creative Commons license. Read the original article here: https://theconversation.com/installing-solar-powered-refrigerators-in-developing-countries-is-an-effective-way-to-reduce-hunger-and-slow-climate-change-195143. 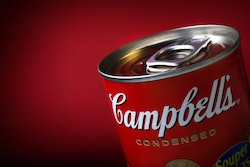