Dozens of customers are complaining of illness after eating it. 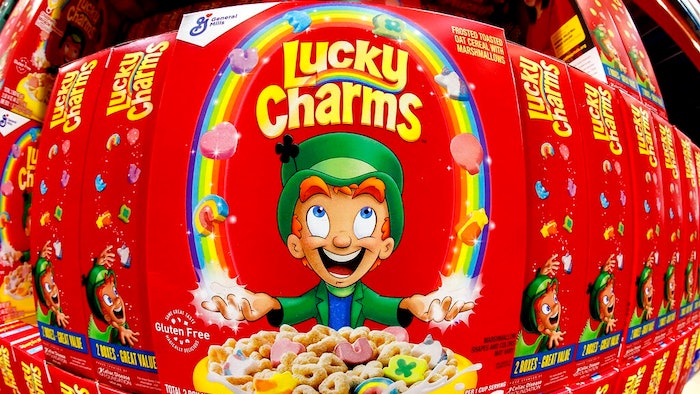 Boxes of General Mills' Lucky Charms cereal are seen on a shelf at a Costco Warehouse in Robinson Township, Pa., Thursday, May 14, 2020. On Saturday, April 16, 2022, the U.S. Food and Drug Administration said that it is investigating Lucky Charms cereal after dozens of customers complained of illness after eating the product.
AP Photo/Gene J. Puskar, File

The U.S. Food and Drug Administration is investigating Lucky Charms cereal after dozens of customers complained of illness after eating it.

The FDA said Saturday it has received more than 100 complaints related to Lucky Charms so far this year.

“The FDA takes seriously any reports of possible adulteration of a food that may also cause illnesses or injury,” the agency said in a statement.

General Mills Inc., the Minneapolis-based company that makes Lucky Charms, Cheerios and other cereals, said it’s aware of those reports and takes them seriously. But the company said its own investigation has not found any evidence of consumer illness linked to Lucky Charms.

General Mills said it encourages consumers to share their concerns directly with the company.