The poultry giant has sent 415 employees home from a Georgia slaughterhouse to self-quarantine. 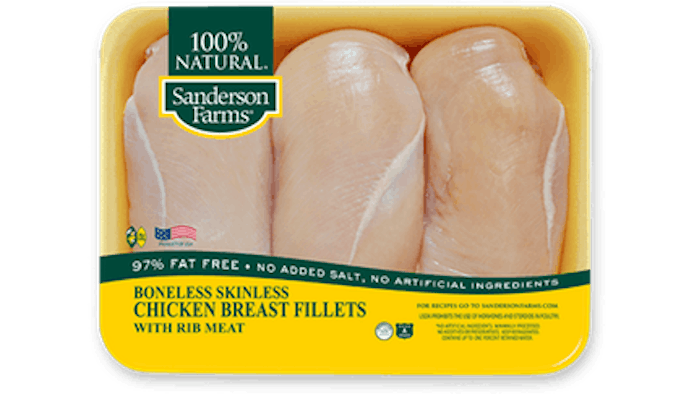 Poultry production giant Sanderson Farms hosted an investor conference call Thursday in which it announced that 15 employees have tested positive for COVID-19, leading the company to reducing chicken production in Georgia, the top producing state in the US.

In the call, chief executive Joe Sanderson said the company has ordered 415 healthy slaughterhouse workers at its Moultrie, GA plant to stay home as a precaution against the novel coronavirus, adding that 204 employees were under home quarantine as of April 1 after they experienced symptoms of the virus. Of those, 152 have recovered and returned to work. Sanderson Farms first announced March 23 that an employee had tested positive for COVID-19.

The CEO said the Moultrie plans is now running at half capacity and that any employee who shows symptoms will be sent home with pay. The company is taking the temperature of all personnel upon facility entry, and anyone who has a temperature higher than 100 degrees Fahrenheit is asked to see a health care provider.

On March 31, Sanderson Farms announced it had implemented a short-term weekly attendance bonus for employees that would add $1 per hour for each hour worked. The bonus began March 30 and ends June 26.