Labor Board Rules in McDonald's Favor

The long-running case was filed by 20 workers who were fired or faced retaliation for trying to unionize. 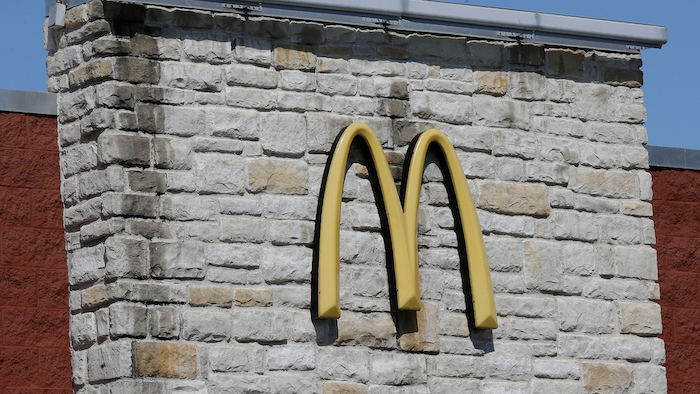 This Oct. 17, 2019, file photo shows the exterior of a McDonald's restaurant in Mebane, N.C. The National Labor Relations Board has ruled in McDonald's favor in a long-running case filed by 20 workers who faced retaliation for trying to unionize. The board says it favors a settlement that will require McDonald's franchisees to pay back wages to the affected workers.
AP Photo/Gerry Broome, File

The National Labor Relations Board has ruled in McDonald's favor in a long-running case filed by 20 workers who were fired or faced retaliation for trying to unionize.

The board said Thursday that it favors a settlement that will require McDonald's franchisees to pay $171,636 to the affected workers. The franchisees must also notify current and recently departed employees about the settlement and set up a $250,000 fund to handle future claims.

The workers were seeking a ruling that would consider McDonald's a “joint employer” with its franchisees. That would have increased the company's liability and potentially made it easier for McDonald's 850,000 U.S. workers — and workers at other franchised restaurants — to unionize.

But Chicago-based McDonald's insists it doesn't directly employ the workers. Around 95% of its 14,000 U.S. restaurants are owned by franchisees.

An administrative law judge with the labor board rejected the proposed settlement in July 2018, saying it was unlikely to end the dispute and didn't require McDonald's to enforce the settlement.

Judge Lauren Esposito also noted that even though McDonald's said it didn't employ the workers, evidence showed that it coordinated the fight against unionization efforts.

McDonald's appealed to the full board and a three-member panel agreed with the company. The case will now return to Esposito, who has been directed by the board to approve the settlement.

Fight for $15, a group that is trying to unionize U.S. fast food workers, said Thursday it will appeal the board's decision to a federal appeals court.

“The settlement is not valid. McDonald’s is walking away with a get-out-of-jail-free card after illegally retaliating against low-paid workers who were fighting to be paid enough to feed their families," Fight for $15 said.

The group noted that one of the three board members who participated in the decision, William Emanuel, is a Trump administration appointee whose former law firm represented McDonald's in labor disputes.

McDonald's said it is pleased the settlement was approved.

“Current and former franchisee employees involved in the proceedings can now receive long overdue satisfaction of their claims," the company said.

The case dates to 2012, when McDonald’s workers in multiple cities filed complaints with the labor board. Three workers alleged that McDonald’s franchisees fired them for their unionizing efforts. Seventeen others said they were suspended or had their work hours reduced.

In 2014, under the Obama administration, the cases were consolidated and the labor board’s general counsel determined that McDonald’s could be considered a joint employer if it wasn’t able to reach a settlement with the workers. But in 2017, President Donald Trump selected a new general counsel who delayed the court proceedings to work out a settlement with McDonald’s.