Last week, the International Trade Commission unanimously voted to affirm that the dumping of tomatoes from Mexico, citing they would injure the US tomato industry.

WASHINGTON — On Nov. 22, the U.S. International Trade Commission (ITC) voted 4-0, making an affirmative determination that dumped tomatoes from Mexico threaten to injure the American tomato industry. As a result, the recently finalized agreement — negotiated by the Department of Commerce — suspending the antidumping duty (AD) investigation of fresh tomatoes from Mexico will remain in place.

Secretary of Commerce Wilbur Ross said: “This action cements the strong suspension agreement that Commerce recently negotiated that protects the U.S. tomato industry from the damaging effects of unfair trade and provides certainty for the market.”

On Sept. 19, Commerce and Mexican tomato growers finalized the 2019 Suspension Agreement, which contains robust enforcement provisions completely eliminating the injurious effects of unfairly priced Mexican tomatoes, preventing price suppression and undercutting, as well as eliminating substantially all dumping. This agreement also closes loopholes from past deals that permitted sales below the reference prices, while including an inspection mechanism to prevent the importation of low-quality, poor-condition tomatoes from Mexico and allowing Commerce to audit up to 80 Mexican tomato producers and U.S. sellers per quarter, or more with good cause.

On Oct. 11 and Oct. 15, domestic tomato producers exercised their option under the AD law to request that Commerce and the ITC continue their previously suspended investigations on fresh tomatoes from Mexico. Accordingly, the Department completed its AD investigation, finding that Mexican tomatoes are dumped in the United States, while the ITC’s affirmative vote addresses injury to the domestic industry. Together, these determinations allow the 2019 Suspension Agreement to remain in force, in lieu of AD duties.

Section 734(f)(3) of the Tariff Act of 1930 states that, if Commerce and the ITC reach affirmative determinations after a suspension agreement is successfully negotiated, then Commerce will not issue an antidumping duty order as long as the suspension agreement remains in force, the agreement continues to meet the applicable statutory requirements, and the relevant parties carry out their obligations in accordance with the agreement’s terms.

The U.S. Department of Commerce’s Enforcement and Compliance unit within the International Trade Administration is responsible for vigorously enforcing U.S. trade law and does so through an impartial, transparent process that abides by international rules and is based on factual evidence provided on the record. 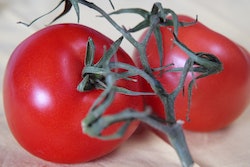 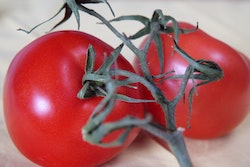 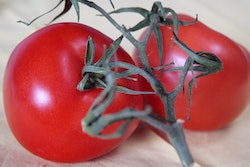