It sold out in less than seven hours. 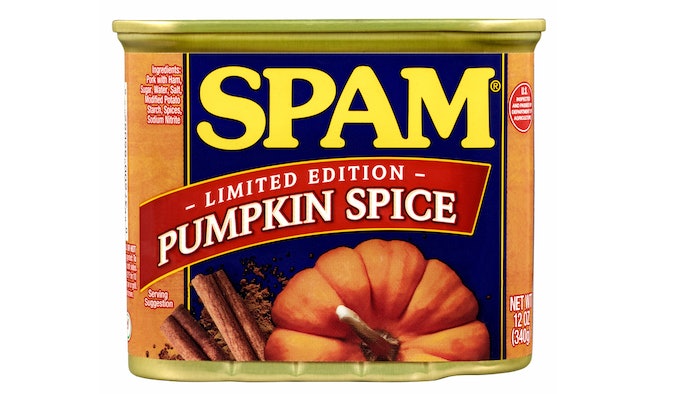 The seasonal SPAM went on sale 7 a.m. CDT on SPAM.com and Walmart.com in two-packs for $8.98. It sold out in less than seven hours.

According to the company, the limited edition flavor features a blend of seasonal spices including cinnamon, clove, allspice and nutmeg (for a "subtle sweetness").

Consumers have noted potential pairings with waffles, frittatas and breakfast burritos. The company adds that it also works in recipes ranging from grilled cheese to hash.

Hormel Foods does more than $9 billion in annual revenues across 75 countries worldwide.