The frozen packages not only contained the wrong product, but failed to disclose the use of a known allergen.

Blount Fine Foods of Fall River, Massachusetts is recalling an undetermined amount of ready-to-eat chicken soup products due to misbranding and an undeclared allergen. The U.S. Department of Agriculture’s Food Safety and Inspection Service made the announcement. The product contains milk, a known allergen, which is not declared on the product label.

The problem was discovered when the firm received a consumer complaint. There have been no confirmed reports of adverse reactions due to consumption of these products. 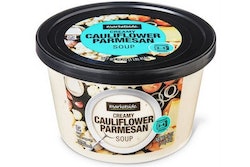