The tax has generated more than $130M for community services, but there is no clear picture on consumption or obesity rates. 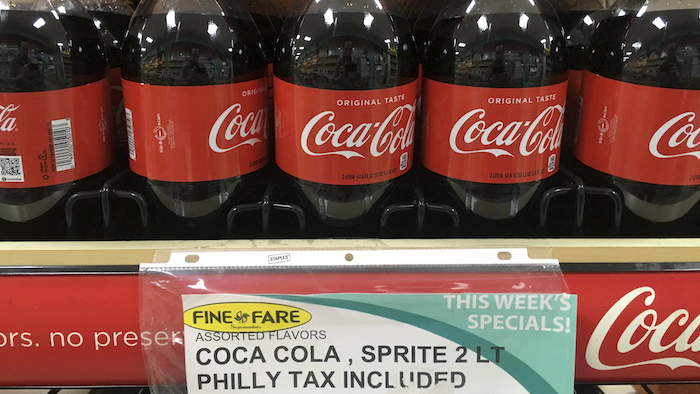 A new study bolsters evidence that soda taxes can reduce sales, but whether they influence health remains unclear. The research found that Philadelphia's 2017 tax led to a 38 percent decline in sugary soda and diet drink sales that year, even when taking into account an increase in sales in neighboring towns.

The results echo previous studies in Philadelphia, Berkeley and other places that have imposed beverage taxes, although the sales decline was larger than in some previous research. Unlike studies in Berkeley and Mexico, non-taxed drink sales didn't increase during the study, "suggesting consumers were not substituting with these drinks in Philadelphia," the researchers said.

The new results were published Tuesday in the Journal of the American Medical Association. Bloomberg Philanthropies, a charitable group that supports anti-obesity measures including soda taxes, paid for the study but otherwise had no role in the research.

While Americans' soda intake has declined in recent years, physician groups including the AMA support soda taxes as a way to combat obesity. The beverage industry and many merchants have fought back, with court cases and ballot initiatives, with mixed success. Last year, Pennsylvania's highest court upheld Philadelphia's tax, which is levied on distributors.

Philadelphia's tax has generated more than $130 million that's paying for free preschool programs and other community services. The study has no data on beverage consumption or obesity rates, but lead author Dr. Christina Roberto of the University of Pennsylvania says the sales decline suggests Philadelphians are drinking less soda and is a promising sign.

"I think it's well on its way to accomplishing its goal" of funding preschool programs and other city projects, said Roberto, an assistant professor of medical ethics and health policy. "It has this side benefit of reducing purchasing of these unhealthy drinks. It's win-win news for public health."

The new results are based on sales at nearly 300 supermarkets, big box stores and pharmacies in Philadelphia and its Pennsylvania suburbs. The researchers also looked at Baltimore, which doesn't have a soda tax, for comparison purposes.

They tracked sales starting in January 2016, the year before the 1.5-cents-per-ounce tax was imposed, through December 2017. Per-ounce soda prices in Philadelphia increased by 1.56 cents at pharmacies, .87 cents at big box stories, and .65 cents at supermarkets. Sales volume decreased by 1.3 billion ounces in Philadelphia, or about 50 percent, but that dropped to 38 percent when counting a 308 million-per-ounce sales volume increase in bordering communities, where prices were nearly unchanged. Soda sales prices edged up and soda sales volume dipped slightly in Baltimore.

Despite uncertainty over the potential health benefits, a journal editorial says there's enough supporting evidence "to move forward with adoption of taxes while continuing to monitor outcomes." The editorial authors include Dr. James Krieger, a public health physician and executive director of Healthy Food America, an advocacy group that supports soda taxes and other measures aimed at curbing America's junk food habit.

William Dermody, a spokesman for the American Beverage Association, said the study conflicts with other evidence suggesting a bigger effect from cross-border shopping for untaxed drinks outside of Philadelphia. U.S. drink-makers are reducing sugar in their products and creating smaller bottles and cans — steps he said make more sense than taxes to help Americans cut their sugar intake.

The tax has become a flashpoint in the run-up to the May 21 Philadelphia mayoral primary. Mayor Jim Kenney's two Democratic challengers have derided the tax as regressive and are calling for it to be repealed. In a statement, the mayor's office said the study is "entirely supportive" of the administration's stance on the tax, and added it doesn't support industry claims that the tax has led to job losses.

US Bars Tomato Imports from Mexican Farm over Labor Abuse

CDC: Salmonella Outbreak Linked to Onions Responsible for Over 650 Illnesses 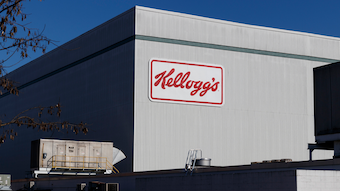 In an update posted Oct. 15, the cereal maker said it's using salaried employees and third-party resources to operate its plants.
Oct 19th, 2021 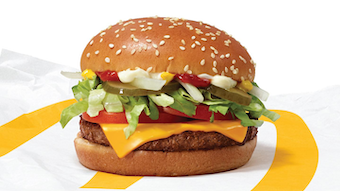 McDonald’s to Test McPlant Burger at 8 U.S. Restaurants in November

Here are five things to know about McPlant before the small-scale test begins.
Oct 19th, 2021

Shipped to retail locations in six Pacific states, the products were not presented for import re-inspection.
Oct 18th, 2021

Unhappy with Prices, Ranchers Look to Build Own Meat Plants

The Bloomington facility will be the company's first chocolate processing factory in North America.
Oct 14th, 2021

The Dawson facility was retrofitted from an existing dairy plant.
Oct 13th, 2021
Follow Us
Most Recent