It's part of an effort to keep Dungeness crab fishery gear from killing protected whales.

Olga R. Rodriguez
This undated file photo provided by the National Oceanic and Atmospheric Administration shows a humpback whale entangled in fishing line, ropes, buoys and anchors in the Pacific Ocean off Crescent City, Calif. California crab fisheries will close for the season in April 2019 when whales are feeding off the state's coast as part of an effort to keep Dungeness crab fishery gear from killing protected whales, officials announced Tuesday, March 26, 2019. The April 15 closure, three months before the crab fishing season normally ends, is part of a settlement reached by the Center for Biological Diversity and the California Department of Fish and Wildlife.
Bryant Anderson/NOAA via AP, File

SAN FRANCISCO (AP) — California crab fisheries will close for the season in April when whales are feeding off the state's coast as part of an effort to keep Dungeness crab fishery gear from killing protected whales, officials announced Tuesday.

The April 15 closure, three months before the crab fishing season normally ends, is part of a settlement reached by the Center for Biological Diversity and the California Department of Fish and Wildlife.

The center sued the state agency in 2017, saying it was liable for a surge in entanglement of endangered whales and sea turtles because it oversees operation of the fishery on state and federal waters off California's coast.

"This is a great victory for the whales and sea turtles that come to feed off the coast of California in very large numbers every single spring season," said Kristen Monsell, a Center for Biological Diversity attorney.

Dungeness crab season will close April 1 in 2020 and 2021 in the Monterey Bay area and along the Sonoma and Mendocino counties line, both spots where whales amass to feed in the spring as they make their journey north, according to the settlement. The agreement also establishes criteria that could prompt an even earlier closure, including one confirmed whale entanglement in Dungeness crab fishing gear or two confirmed entanglements in other fishing gear or the presence of 20 or more whales in a spot.

The number of humpbacks, blue and other endangered or threatened species of whale entangled by the ropes, buoys and anchors of fishing gear on the West Coast has broken records in recent years as climate change pushes the mammals closer to shore — and fishing gear — in their search for food.

The accidental entanglements can gouge whales' flesh and mouth, weaken the animals, drown them, or kill them painfully, over months.

Dungeness crab pots are the single largest identifiable source of fishing gear entangling whales on the West Coast. Crab pots and the lines can get carried away by waves or by vessels that accidentally snag them. Sometimes fishermen abandon their pots or lose them.

As part of the settlement, the California Department of Fish and Wildlife will issue rules by November on the retrieval of crab gear that is left in the water or is broken-down and abandoned and on marking all fishing gear with unique identifiers for each fishery.

"This agreement represents hours of intense negotiation to help ensure (whale entanglements) don't happen while supporting the resiliency of the crab fishery in the long run," Department of Fish and Wildlife Director Chuck Bonham said.

Early crab fishing closures won't apply for those crabbers who have rope-less gear. Bonham said during a call Monday that his department will continue to support the development of that technology.

"The crab caught off our coast is going to be caught with greater care for endangered wildlife," he said.

Noah Oppenheim, executive director of Pacific Coast Federation of Fishermen's Associations, which also was a party to the negotiations as an intervener, said that existing rope-less technology is "extraordinarily expensive" and that fisheries will see a significant revenue hit for the 2019 season.

But, he said, fisheries agree the early closures and a working group looking for solutions that includes them is the best option "for a very difficult problem."

"We have arguably the most progressive, the most collaborative effort to address whale entanglement in the country and perhaps in the world, right here in California. We're proud of that. Our organization and this fleet is proud of that," he said. 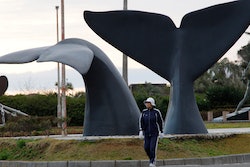 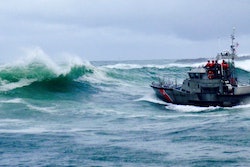 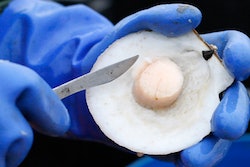