Unclear customs regulations could cause supply shortages and price increases. 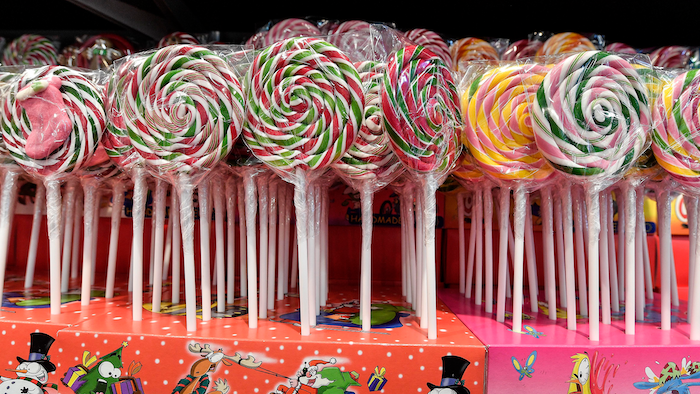 COLOGNE, Germany (AP) — German gummy bears, chocolate and licorice are popular sweets in Britain, but aficionados there might have to start stockpiling if they don't want to go cold turkey when the country leaves the European Union.

German candy retailers are worried that exporting sweets to the United Kingdom will become as slow as molasses after Brexit day on March 29, with new, unclear customs regulations potentially causing supply shortages and price increases. "We don't even know which customs form to fill out and which customs class we'll be in," Bastian Fassin from the Association of the German Confectionery Industry told the German news agency dpa.

Germany delivers $919 million worth of candy to Britain each year and up to 3,000 jobs in Germany are linked to these exports, making Britain the second biggest importing country of German sweets after France, according to the dpa. If Britain leaves the EU, it can no longer take advantage of free trade with the other 27 European nations that are part of the bloc.

Beyond shortages and supply delays, the German sweets may become more expensive once they've finally cleared customs and arrived in Great Britain, said Olaf Wilcke, the sales director of Sperlari, who was attending the ISM fair in Cologne, one of the world's biggest trade fairs for sweets and snacks.

If this leads to a drop in consumption, the fear is it will lead to job losses in the German industry. "That's not good," Wilcke told The Associated Press in an interview on Wednesday. "We have free borders in Europe. That's what we wanted."

The market insecurities work both ways, meaning British sweets producers exporting to Germany will likely also be affected. More than anything, producers and retailers from both sides of the English Channel at the sweets trade fair in Cologne were hoping for better information — quickly — on how future trade between Britain and the EU will work.

"What we're waiting for is clarity on the Brexit deal," said Sandra Sullivan, the director of the British Food and Drink Association. "That's something that companies need with such a short space of time between now and the end of March."

"It's really important that the government pushes forward and gives up the information we need to be able to plan for the future," Sullivan said.