Beyond Meat Partnering with Carl’s Jr. For Burger Launch

The Beyond Famous Star marries the 100 percent plant-based Beyond Burger with the Famous Star burger.

Beyond Meat is partnering with Carl’s Jr. to launch The Beyond Famous Star, which marries the 100 percent plant-based Beyond Burger patty with the restaurant’s Famous Star burger.

The quarter-pound patty became available at participating Carl’s Jr. yesterday, starting at $6.29. Customers can also order The Beyond Burger patty on any Carl’s Jr. sandwich for $2 extra.

Retail data from one supermarket chain this summer found that more than 90 percent of customers who purchased The Beyond Burger also purchased animal-based protein.

“I have long looked forward to the day when my kids can go to a major fast-food chain and order The Beyond Burger. I am grateful to say that day has arrived,” said Ethan Brown, Beyond Meat Founder & CEO. “At our core, Beyond Meat is about enabling consumers to 'Eat What You Love' and there is no better example than being able to enjoy a Carl’s Jr. burger, while receiving the added health and sustainability benefits of the plant-based Beyond Burger.”

Based in Los Angeles, Beyond Meat was founded in 2009 with a mission of building meat directly from plants. Among the company's investors are Kyrie Irving, Leonardo DiCaprio, Snoop Dogg, Jessica Chastain, Shaun White, Chris Paul, Lindsey Vonn and Jack & Suzy Welch. CKE Restaurants Holdings, Inc. is based in Franklin, Tennessee, and runs and operates Carl’s Jr. and Hardee’s. Carl’s Jr. Restaurants LLC and Hardee’s Restaurants LLC have over 3,800 franchised or company-operated restaurants in 44 states and 43 foreign countries and U.S. territories. 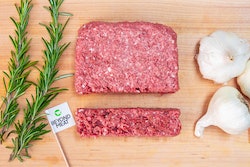 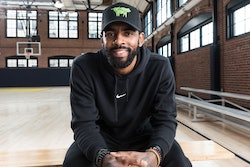 More Athletes Invest in Beyond Meat