More than a dozen companies have asked U.S. regulators for permission to operate constellations of satellites that provide internet service. 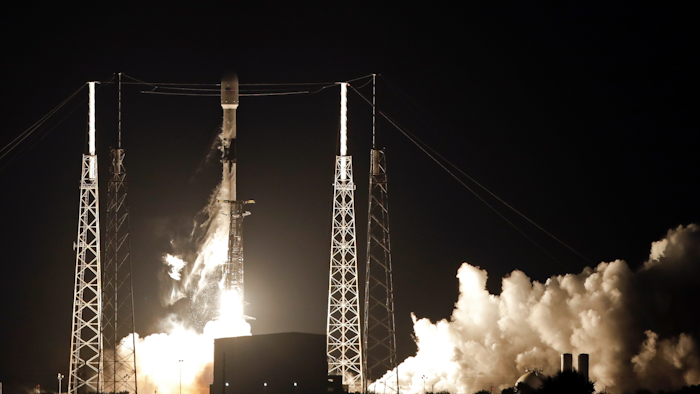 In this May 23, 2019, file photo, a Falcon 9 SpaceX rocket, with a payload of 60 satellites for SpaceX's Starlink broadband network, lifts off from Space Launch Complex 40 at the Cape Canaveral Air Force Station in Cape Canaveral, Fla. It’s a 21st century space race: Amazon, SpaceX and others competing to get into orbit and provide internet to the earth’s most remote places.
AP Photo/John Raoux, File

NEW YORK (AP) — It's a 21st century space race: Amazon, SpaceX and others are competing to get into orbit and provide internet to the earth's most remote places.

And like the last century's battle for space supremacy that was triggered by the Soviet Union's launch of Sputnik 1, this one involves satellites. Thousands of them.

More than a dozen companies have asked U.S. regulators for permission to operate constellations of satellites that provide internet service. Not all are aimed at connecting consumers, but some have grand and global ambitions.

"The goal here is broadband everywhere," Amazon founder Jeff Bezos said at a conference in June.

With half the world's population — more than 3 billion people — not using the internet , it's a huge potential market. And there's the obvious benefit on the ground: Not having internet access makes it difficult or impossible to apply for many jobs, for kids to do homework, for people in remote areas to get medical care, and to participate in the global economy.

But this new wave of spaced-based internet faces hurdles. It is expensive to launch, technologically complex and could prove too costly for the very people it hopes to reach.

And then there's space junk. More on that in a moment.

Satellite internet already exists, dominated by a handful of companies like HughesNet and Viasat that have huge, expensive satellites sitting 22,000 miles (35,000 kilometers) from the earth and covering big territories on the ground. But the service is expensive and limited, comes with data caps and lags, and doesn't have many users.

The new satellites are smaller, cheaper, and closer to the earth, so theoretically signals travel faster and applications like online gaming that need instant responses would work better. And they have some heavyweight backers. In addition to Amazon and SpaceX — the company of eccentric billionaire and Tesla founder Elon Musk — the race has also been joined by OneWeb, which is backed by investors including Virgin founder Richard Branson, U.S. chipmaker Qualcomm and Japanese tech conglomerate SoftBank.

But the industry is still in its infancy, and at least three years away from widespread commercial service, said Kerri Cahoy, professor of aeronautics and astronautics at MIT, and even further from making any money. 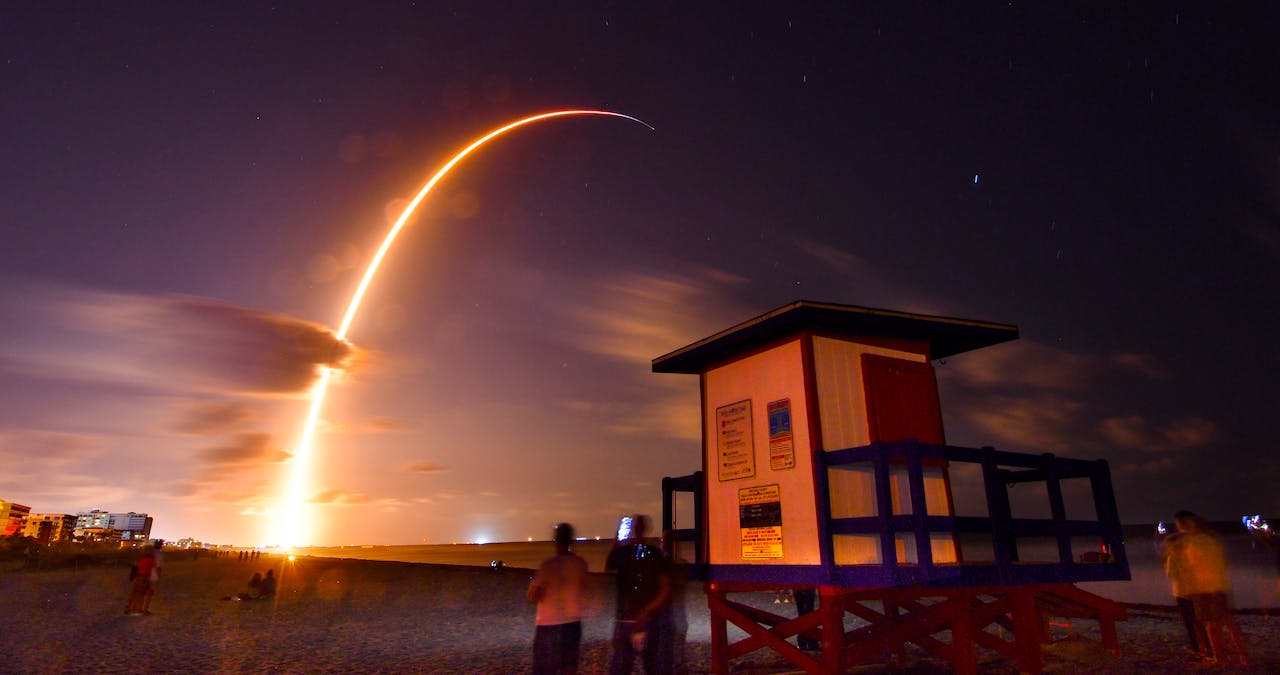 In this May 23, 2019, file photo, a Falcon 9 SpaceX rocket, with a payload of 60 satellites for SpaceX's Starlink broadband network, lifts off from Space Launch Complex 40 at Florida's Cape Canaveral Air Force Station, seen from Cocoa Beach, Fla. It’s a 21st century space race: Amazon, SpaceX and others competing to get into orbit and provide internet to the earth’s most remote places.Malcolm Denemark/Florida Today via AP, File"I would be surprised if something were profitable in 10 years," she said. There are also competing efforts at extending connectivity, including Google with its Loon balloons, which are solar-powered cell towers made of plastic sheets that float on the winds, and others working on solar-powered drones.

The satellite companies need to build dishes and antennas that are more complicated and costlier than those for traditional satellites that don't move. SpaceX, for example, has filed for permission with U.S. regulators to build 1 million "earth stations" that would help connect customers to the internet.

There's no way to have a viable mass service unless the cost of this type of equipment drops, said Caleb Williams, economic analyst at aerospace engineering company SpaceWorks Enterprises.

Launches have already been pushed back: OneWeb had once said it would be operating in Alaska this year. But service is now expected to start in late 2020.

The logistics of becoming an internet service provider also aren't easy. The new crop of space-internet companies are more likely to set up arrangements with existing telecom companies than try to sell internet service directly, Williams said, because it's easier than setting up a sales and marketing operation of their own.

Those same telecom companies don't want to build in remote areas because it's too expensive. A Federal Communications Commission official in 2017 estimated that extending fiber to the roughly 20 million U.S. homes and businesses that lacked broadband would cost $80 billion. And in developing countries, where the underlying infrastructure is worse, internet is primarily available through a cellphone.

The new satellite companies may have an infrastructure alternative that's cheaper for companies to build than wires on the ground. A telecom company needs to pay to build out to a handful of customers in a large area, with huge per-customer costs. With satellite, costs can be shared out over a bigger pool of potential customers all over the world. A SpaceX executive in 2018 predicted that it would cost $10 billion to deploy a constellation of mini-satellites. Bezos predicted that Amazon's satellite-internet arm will cost "multiple billions of dollars" to build.

Making sure that people have access to internet is just one step to getting them online, however. People also need to be able to afford internet, and those in rural areas are more likely to be poor.

It's not clear what the pricing will be but high costs swamped satellite phone service two decades ago. It could do so again with internet.

"If you would have to pay 20% or more of your income to go on the internet, in a situation where you make a few dollars per day, you don't, because it's too expensive," said Martin Schaaper, an analyst at the United Nations' information and communications technology agency.

Then there are concerns about the growth of space junk, or "orbital debris," which could crash into each other and even potentially set off a chain reaction of collisions that make orbit "no longer usable," according to NASA.

SpaceX, for one, says it's trying to avoid adding to the junk layer by moving satellites to avoid crashes and designing them to burn up in atmosphere when they're used up. The space companies have laid out their plans to avoid debris with U.S. regulators, but critics say more needs to be done, like setting up an air traffic control system for space.

IEN Unboxed is a new show in which our editors unbox new tools on the market and discuss their features.
Nov 16th, 2021
The IEN Team 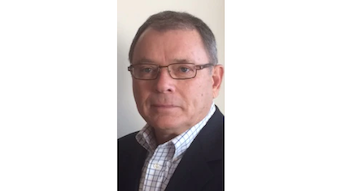 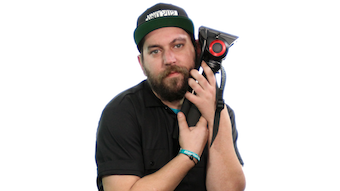 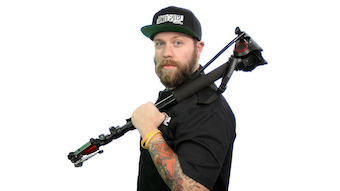 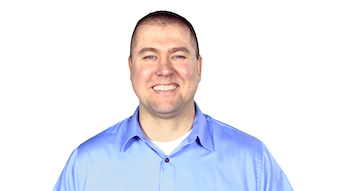 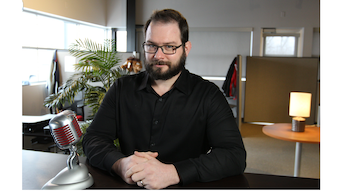 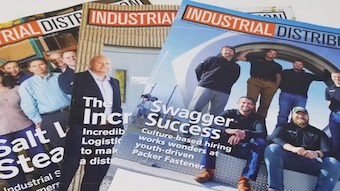 Industrial Distribution and the Big 50 Return

The new owners of Industrial Distribution are happy to announce the iconic publication's active return, and that submissions for the 2019 Big 50 List are now open through Oct. 11.
Sep 25th, 2019 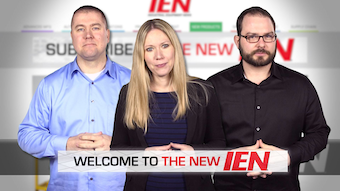 Welcome to the New IEN.com

Welcome to the new IEN.com, the leading worldwide resource for industrial professionals.
Jan 20th, 2016
Follow Us
Most Recent