The COVID-19 mess has exposed some serious flaws in the system. 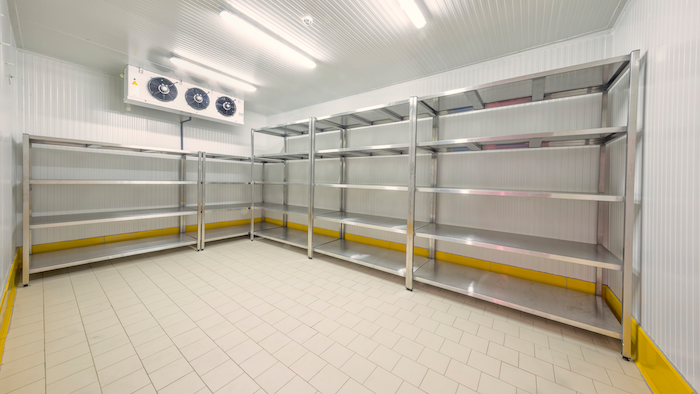 Pictured: The result of just-in-time manufacturing and a global pandemic.
iStock

The COVID-19 mess has exposed some serious flaws in the system, as evidenced by the horrors of the toilet paper production shortage (thankfully, some companies are still printing catalogs). In all seriousness, the personal protective equipment (PPE) shortage is the most visible problem and it speaks to a much bigger, systemic problem: The fragility of the system itself.

So, how did we get here? Let’s talk about the system, how we got there, why it’s failing and how, someday, we fix it.

This “system” that we exist within is a complex multidimensional mosaic of forces, expectations, dependencies and trusts -- all interacting and influencing each other to some extent. Think of the forces that intersect with our lives continuously, these intersections define our lives. I think of each force as a multidimensional vector, each with an equally complex set of sub-vectors.

Getting literal, vectors are everywhere, finance, production, society, judicial, interpersonal, etc. Every vector and sub-vector has a network of trusted connections that produce the goods and services of daily life. These are all the interdependencies, such as decisions, commitments, agreements, or the services which result in the procurement of physical objects, or goods, that we all depend upon.

For example, we trust banking to take actions (services) to protect what little money we have left; the Federal Reserve to control the value of our lucre and to enable the trusted, predictable system that allows us to exchange said lucre for the groceries (goods) that we need to survive.

We trust the production vector to provide meaningful jobs that reliably pay us for our effort to be able to use the financial vector to help distribute our money in appropriate (societal-vector approved) ways -- or not (some of us are still stuffing mattresses).

Finally, we trust the societal sub-vectors, or our network of friends, family and neighbors, to support us in times of need and happiness, and to provide the pool of likely candidates for our life companions. Again, we have thousands of vectors, from religion to health, that make it possible to navigate throughout our lives.

All of these things are interconnected, interdependent and are, to a lesser of greater extent, institutionalized and trusted. Why trust? It is in our nature to build trusted interdependencies, because without trust there is no predictability, we must remain constantly vigilant, and that vigilance is impossibly taxing.

Trust, or predictability, is critical to our survival. In fact, the very act of perceiving is designed to predict the world on a millisecond-to-millisecond basis. We go through life consciously attending to one thing at a time while our non-conscious brain attends to the predictable, trusted parts of experience. When I’m on a walk, I don’t consciously attend to each crack or rock in the path, but I still avoid tripping without even noticing. On the other hand, if I were hopping rock to rock in an alligator-filled swamp, my conscious mind would be fully engaged, avoiding the danger immediately in front of me, and not worrying about the latest stock report. We are built to learn to trust. We must have trust which leads to predictability to survive.

These vast networks of interdependencies are woven into us from birth, and we can’t survive without them. We learn to trust our caregivers to feed us, our teachers, clergy and parents to teach us truths, our bosses to guide our production and to pay for our labors, our spouses to help raise our offspring appropriately, our government to govern fairly with foresight and merchants to insure proper supply of goods.

Our trusts are built on interdependencies; Farmers produce, truckers transport, the government insures quality, grocers preserve and price competitively, etc. Each vector operates independently, yet they remain dependent on one another for survival. Many never imagined how fragile these interdependencies are. Well, today you don’t have to imagine, the COVID-19 pandemic has unraveled them before our eyes.

Now, it wasn’t too long ago that we suffered similar stress. In 2008, the near collapse of the banking system offered a prime example of the criticality of trust. In that case, it was only the reluctant intervention of former United States Secretary of the Treasury Henry Paulson and the Bush administration that propped up the trust between banks that kept the system from collapsing due to that loss of predictability.

This time we are seeing the fragility of a much larger part of the system. In 2008, some large parts of the financial vector nearly came apart, and it took almost eight years for us to recover. Today, it’s not just medical, it’s financial, governmental, societal and even manufacturing (it has slowed, but essential needs have it hanging on). Every vector has been shocked and the consequences are huge.

We have had these vectors, this interdependence, since we first gathered in our own tribes. Back then, the tribes were small, autonomous units that had limited needs, such as hunting, gathering, distribution, protection and social. Today, the tribe is much larger and the interdependencies have grown exponentially. With this exponential growth, comes increased fragility. Previously, if the hunt didn’t go well, people still starved, but the hunters had an intimate connection with the gatherers and, however callous it may sound, the number of victims in the event of failure was somewhat limited.

Today, the interdependency is almost stretched to the limit. How many interdependent vectors are there between a farmer growing our tomatoes in California and our table? From picking to packaging, warehousing to shipping, storing to shopping, the number of interdependencies is staggering. And that isn’t even considering the number of links that it takes for the farmer to produce the tomato in the first place.

This is the reality of any complex society in 2020, but does that fundamentally set us up for a fall? Does the complexity alone create the conditions that allow a broken trust somewhere in the system to cause a collapse? I think we need to look at one other aspect of a financial vector to understand this issue.

In the 1970s and 1980s, the financial systems suffered a few shocks that I believe set us up for all of this. I was teaching part-time in the B School at University of Texas - San Antonio. I was also working in a real estate development firm. We, in real estate development, had been using a “Cap rate” to value the investment value of a property. It was a trusted valuation method, accepted by appraisers and bankers alike.

However, about the same time, Tom Copeland, Tim Koller and Jack Murren of McKinsey Consulting, wrote a seminal book on valuing companies by examining the net present value of a stream of income it produces. It popularized the notion of the “time value of money”. It was a very handy method of comparing the value of any investment, be it stocks, bonds, etc.

As with any new hammer, everyone started to use it to beat on any income stream, from real estate to hog farming. As a method of quantifying value, it had the advantage of having some pretty fancy mathematical roots as well as some intrinsic, common sense validity. Pretty soon, everything was evaluated by how fast any expenditure returned value, including in production.

It was obvious that goods that were sold immediately after production (or even beforehand) were better than anything produced and put on the shelf. I’m sure that there were a thousand doctoral dissertations written on the balance between having stockpiled, reserved production and just getting it out the door. In fact, it is obvious from where we are that the reserves lost the battle to just-in-time (JIT) production as a way of minimizing waste and maximizing profits.

It was known that JIT was a fragile system that did not take shocks well, such as supply interruptions or worker strikes. But heck, if it was important, the end user would simply have to do some strategic thinking or do without. And who could argue against profit optimization?

Then, when we add globalization to the discounted cash flow obsession; it was easy to see that goods produced off-shore were a much better investment, in spite of the transit issues, or quality issues, or job loss issues, than keeping the production at home. It all reduced the cost, sped up cash flow, and maximized profits for the stockholders, which according to Milton Friedman was the only function of a corporation.

We now live in a just-in-time, globalized economy that maximizes profits, but has no flexibility, elasticity or ability to absorb any major shock. A major shock, like a global pandemic.

Next time: What we should learn and what we’ll do as a result of the just-in-time collapse.

Our appetite for intelligent, autonomous machines poses a host of ethical challenges.
Dec 4th, 2019
Follow Us
Most Recent