Commercial Space Exploration May Be Next Frontier for Manufacturers

As the price of space flights is driven down, it will support commercial applications spanning from R&D and manufacturing to space travel and even new living environments.

Recently there have been several public launch successes of re-usable space vehicles by SpaceX and Blue Origin, which prompted me to question what is the future of space activity and travel and what opportunity, if any, does this potentially have for manufacturing in the U.S.?

Overall, commercial space activity is already a significant industry. The Satellite Industry Association (SIA) reports that worldwide satellite industry revenues reached $203B in 2014, a 4% increase overall from the prior year – of which satellite manufacturing and ground equipment represented $74.2B in revenues (the remainder is in satellite services and launching).

SIA also estimates that the overall satellite industry has grown 2.3 times in the last decade. Comparatively speaking PriceWaterhouseCoopers estimated the overall 2014 Aerospace and Defense market at $729B in revenues, a 3% increase over the prior year.

According to the Space Project Team of the Organization for Economic Cooperation and Development (OECD), the U.S. spacecraft market could show a growth rate of somewhere between 18% and 40% through 2030 depending upon different scenarios.

In 2013, it was estimated that two companies, Virgin Galactic and XCOR had a total of 850 reservations for flights, at an estimated cost of $200,000 to $250,000, showing the private interest in space travel is strong.

Commercial space vehicles involve extensive supply chains with multiple tiers spread across the U.S., which is where manufacturing plays a role. NASA has identified at least the top two tiers, which includes both established companies (like Boeing, Northrup Grumman, Raytheon, etc.) as well as new companies (like SpaceX, Blue Origin, Bigelow Space, etc.).

NASA as a Facilitator of Manufacturing

Within the U.S. market, NASA’s role has changed in relation to developing the space industry. Early on NASA themselves developed and sponsored the technology and manufacturing necessary to reach the moon. In recent years they’ve outsourced the development of private approaches to companies that have in effect developed dual-use technologies, for NASA and for private commercial use.

One key is developing re-usable rocket launchers, which would drive down the cost of space flights. If that price could be driven down further, space flights would be cheaper and support any number of commercial applications such as travel, R&D, manufacturing of drugs and metal alloys, and possibly even new living environments.

Growth of the Space Industry

As a resident of Seattle, I’ve seen the growth of the industry in surprising ways. Blue Origins is a company established by Jeff Bezos, founder of Amazon. At last count they had 600 workers developing new engines and launch vehicles in the area, with expectations of growing to 1,000 people.

Another company in the Seattle area, SpaceX started by Elon Musk of Paypal and Tesla fame has 4,000 employees and growing. Finally, Paul Allen, a co-founder of Microsoft, Inc., helped to fund the SpaceShipOne, which captured the Ansari X-Prize for repeat space flight with a single aircraft. 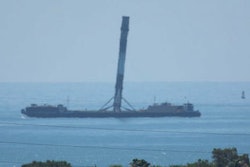 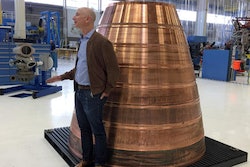 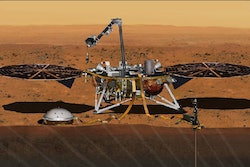