My family and I spent the 4th of July week in a lakefront cabin we rented on the edge of a small town in Northern Wisconsin. And while our vacation was mostly sunny and serene days at the beach, there were a few interesting hiccups. We know there are worker (and supply) shortages in many industries, but this was the first time I saw its effects in such distinct ways. Most of the restaurants in the area were too taxed by their dine-in customers to do takeout orders so our efforts to order food were derailed on a few occasions. Another day, my husband reluctantly abandoned his grocery cart in the store when it became apparent the checkout lines would take an hour or more. We heard the same thing from business after business: We can’t hire.

Unfortunately, many small towns and businesses are feeling the impacts of the pandemic in similar ways and the Federal Reserve recently warned that, despite a strong economy, supply and labor shortages were hampering business’s ability to meet demand.

In mid-July, AMT (the Association for Manufacturing Technology) released its newest figures, bringing some stark detail to what many of us already knew: the industrial market is booming.

According to its most recent report, AMT says that manufacturing technology orders in May increased by 11 percent over April and were up nearly double compared to the same period last year. These figures put manufacturing technology orders on pace to potentially have a record year, though some businesses are finding labor shortages are limiting their ability to maximize growth.

And some experts believe that automation is the way out. In May, the Association for Advancing Automation reported that orders for robotics in the first quarter of 2021 ballooned by 20 percent and compounded a trend that we’d been seeing begin to take shape in 2020: industries outside of automotive are getting in the automation game.

“Robot sales have increased considerably as more and more companies in every industry recognize that robotics and automation can help them compete globally,” Jeff Burnstein, president of A3 said in a press release.

These numbers, coupled with a worker shortage that sits like a brick atop pent-up industrial demand, suggest a healthy outlook for automation, with industries of every size and variety taking a look at the potential solutions to their problems.

As Kelly Kamlager with RIOS Robotics points out on page 38, “It is increasingly cumbersome to deliver complex product solutions to customers as rapidly as humanly possible. Yet becoming faster is a critical competitive advantage for production.”

But as manufacturers explore this critical need, they must make wise choices: while automation may be able to move the needle on productivity, it comes with its own requirements in the way of capital and support. But if you approach the opportunity with an open mind (and, let’s face it, an open wallet) you could find yourself in a position to solve some unique problems. For example, the LA Times recently reported that Procter & Gamble had begun “strategically” placing robots on its assembly lines to maintain production levels while also complying with social distancing guidelines. And in cases like these, adding robotics to production doesn’t necessarily equal job cuts, it means managing growth in a way that’s sustainable and, frankly, immediate.

And as the LA Times points out, “For those who can get themselves the right training, automation can open up new opportunities.” Vickers Engineering, whose CEO was interviewed for the report, says there are positions in his precision engineering company that offer high pay and are “directly correlated with automation” but didn’t exist 15 years ago. For Vickers, automation “creates a whole other career path for some folks.” 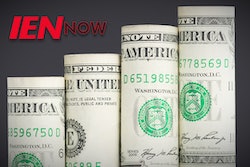