Soldiers will control multiple vehicles, and their weapons systems, while remaining outside the lines of fire.

For any of you who have previously been or are currently being chastised for your addiction to first-person shooter games, the United States Army has your six.

The Army recently announced that it will begin testing robotic combat vehicles that are remote-controlled by crews from the back of modified Bradley Fighting Vehicles dubbed Mission Enabler Technologies-Demonstrators, or MET-Ds. The tests are scheduled to begin next March at Fort Carson, Colorado.

Crews will acquire and fire at targets with M113 armored personnel carriers that been retrofitted with the MET-D system. These RCVs utilize 360-degree situational awareness cameras and a remote turret for the 25 mm main gun.

Additionally, each MET-D will have a crew comprised of a driver in the aforementioned Bradley, another soldier responsible for the main gun, and four other soldiers controlling two additional vehicles performing platoon-level maneuvers, and providing cover fire with 7.62 mm machine guns. After these tests, the Next-Generation Combat Vehicle Cross-Functional Team, as part of the Army Futures Command, will use soldier feedback to improve the vehicles and design future evaluations.

Additional tests scheduled for next May will see how the RCVs work in unison with a light infantry unit in performing reconnaissance and basic security tasks. Initial feedback has the chain of command impressed with how quickly the crews have gotten a feel for the MET-D controls.

Looking even further forward, the Army sees three RCV variants: a light version transportable by helicopter; a mid-sized version that can fit on a C-130 aircraft; and a heavy model that would require a larger aircraft for transport. Infrared vision kits with a target range of at least 8.5 miles are also on the wish list.

The main goal is to develop robotic combat vehicles that utilize soldier skills without placing them in the direct line of fire. 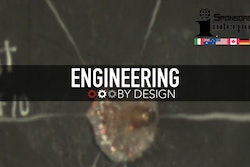 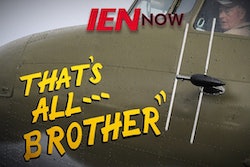