A 17-year, billion-dollar upgrade program did everything but provide a comfortable place to sit.

The Air Force’s C-5M Super Galaxy is the military’s largest cargo plane. It measures 65’ tall, 247’ long, and has a wingspan of 223’ in handling a maximum load of 120 tons between cargo and personnel. Depending on how much it’s hauling, the Super Galaxy can go between 5,500 and 8,000 miles without refueling.

All of which is extremely impressive. The downside of such a massive aircraft means it takes a lot of time and money to build, which is why the Air Force spent the last 17 years upgrading 52 of the planes. The Reliability and Re-engineering Program, which was recently completed, provided 70 unique upgrades focused on operational reliability, efficiency and maintenance. The two primary areas of focus were internal controls and a quieter, more powerful and more efficient engine.

The end results are a 22 percent increase in thrust and 58 increase in climb rate, meaning less space is needed for takeoffs. Significant fuel efficiency was also achieved – significant because the plane holds over 51,000 gallons of fuel in its 12 wing tanks.

These upgrades will extend the Super Galaxy's service life into the 2040s. The only thing left out of this grand refurbishment was a comfortable place for the crew to sit.

Enter the 105th Airlift Wing of the New York Air National Guard. They spent an additional 40 days on each plane, adding new interior panels, revamping crew and passenger seating, and applying non-skid materials to make the cargo area safer. I know I was a little rough on the Air Force and their $1200 coffee cups in a previous post, but my only knock on investing in interior comforts for troops and crews on 12-hour flights to hostile areas is that it took a little too long.

While exact numbers are hard to calculate, it looks like the total cost of refurbishing each aircraft ran about $25 million per plane, versus the cost of a new plane exceeding $120 million. 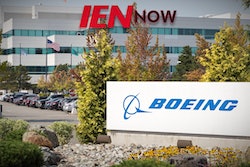 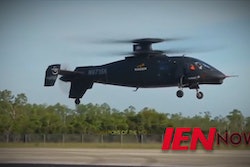