While the potential to stop an active shooter is garnering the most attention, the system could also be used to proactively spot plant floor injuries.

Adding to the heartbreaking impact of recent shootings in schools, workplaces and entertainment venues, is the frustration of looking at video footage identifying these criminals and terrorists after the fact.

In response to this reactive dynamic, Austin-based Athena Security has developed a new type of camera system that enables a more proactive response to gun violence and other harmful events.

Utilizing a combination of machine vision, artificial intelligence and cloud-based communication platforms, their Next-Generation Smart Camera and Alarm system is able to identify firearms in video feeds with 99 percent accuracy. Once the system identifies weapons or hostile movements, it simultaneously sounds an alarm, provides a voice in the camera telling the individual they’ve been identified committing a criminal act, and alerts law enforcement, business owners and anyone else identified as a key contact. It can also be linked with other security devices, such as locks or fire alarms.

The hope is that these steps can both deter the shooter from continuing, and speed the response of police, first responders and others. In the case of a school or business, employees, students and teachers will also be alerted sooner so they can get to safety.

The main hardware technologies use CUDA processing cores from Nvidia, as well as their DGX-1 GPU for processing the AI algorithms. The software is compatible with most security cameras currently in use, so once the Athena system is connected with the camera’s IP address, the cloud-based alerts, alarms and communication features are enabled.

While the potential to stop a shooting is garnering the most attention, the system could also be used to identify potentially unsafe practices on places like a plant floor – alerting workers to potential accidents, injuries or quality control flaws before they happen.

The system is available for purchase with a monthly subscription charge ranging from $25 to $100 per camera. As a sign of the times, one of the first users is Archbishop Wood High School in Warminster, Pennsylvania. 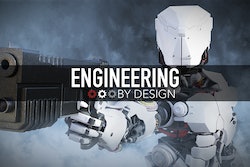