One of the initial skepticisms of Tesla and Elon Musk was how well the inventor could transition individual ideas into mass market production.

Maybe one of the allures in working on projects with SpaceX or The Boring Company is that you don’t have to deal with thousands of customers absorbing your company’s resources in seeking $1,000 refunds.

This is the case for many looking to cancel their reservations for the recently unveiled Tesla Model 3.

Although Tesla has never unveiled exactly how many reservations it has accepted for the Model 3, Q3 earnings reports from 2016 showed over $700 million in customer deposits. That number shrank to about $616 in the latest report, as a number of initial reservation holders have asked for their money back instead of waiting until 2018, at the earliest, for their new car.

While the reasons for the requested refunds could vary, one similarity seems to be the mounting frustration of those waiting for the refund after cancelling their Model 3 reservation.

While the electric vehicle maker’s website offers three weeks as the typical turnaround time for receiving the refund, many have taken to social media in airing their frustrations and searching for explanations as to why their refunds have taken three months or more to process.

According to a Wired article, the reasons vary from IT issues to expanded fraud protection protocols to orders over a year old taking longer to process.

Regardless, Tesla maintains that new reservations have exceeded refund requests.

One potential reality is that the company has received more cancellations than anticipated. This raises familiar concerns about the company’s ability to work beyond the scope of tech enthusiasts and early adopters in meeting the demand for a half-million cars.

Remember, the company only made 83,000 vehicles last year. They have an estimated 400,000 to 500,000 people anticipating delivery of their new Model 3s within the next 12 months. This is equivalent to a 600 percent production increase.

And it comes on the heels of working out the bugs from a new product launch, developing new products, and answering questions related to worker safety as the company enters a phase described by its CEO as six to nine months of manufacturing hell. 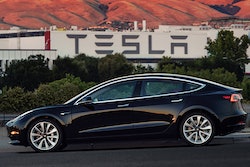 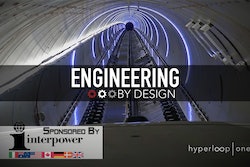