It's in the world’s largest satellite factory.

Millennium’s team will staff the small satellite factory, bringing the subsidiary’s proven processes and infrastructure, in addition to environmental test capabilities tailored to small satellites. Boeing will also provide access to environmental and specialty testing capabilities that have qualified some of the most iconic spacecraft, including the first vehicle to make a fully controlled soft landing on the moon and more than 300 satellites. 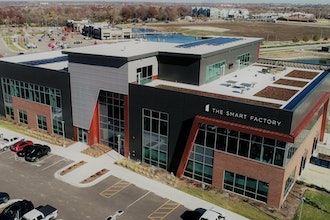 Siemens and Deloitte Demonstrate Industry 4.0 Innovation at The Smart Factory