The company said it will invest $500 million in its Canton Vehicle Assembly Plant. 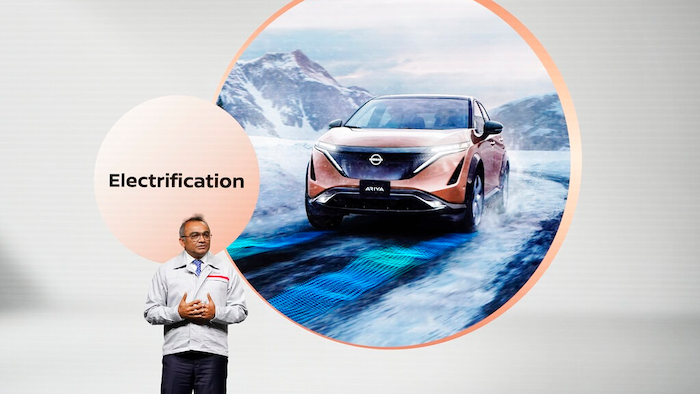 Ashwani Gupta, chief operating officer, speaks about how Nissan's Canton Vehicle Assembly Plant will become a center for electric vehicle manufacturing in the United States, and will be retraining and upskilling nearly 2000 jobs as well as building two all-new electric models at the plant in Canton, Miss., Thursday, Feb. 17, 2022.
AP Photo/Rogelio V. Solis

The company said it will invest $500 million in its Canton Vehicle Assembly Plant and will improve the skills of nearly 2,000 employees there.

Production of the new Nissan and Infiniti EV vehicles is scheduled to begin in 2025.

“Today’s announcement is the first of several new investments that will drive the EV revolution in the United States,” Ashwani Gupta, chief operating officer, Nissan Motor Corp., said in a news release. “Nissan is making a strong investment in Canton’s future, bringing the latest technology, training and process to create a truly best-in-class EV manufacturing team.”

The Canton plant employs about 5,000 people. Workers have assembled nearly 5 million vehicles since the plant opened in 2003. The Altima, Frontier, TITAN and TITAN XD models are made there.

The state of Mississippi is providing assistance for building improvements, equipment installation and workforce training for Nissan's electric vehicle project.

Electric vehicles currently make up only a small percentage of the U.S. market, but major automakers believe electric vehicles will dominate their industry in the years ahead as costs fall, battery technology improves and more charging stations are created.