Southeast Asian consumers are forecast to spend $88.1 billion online by 2025. 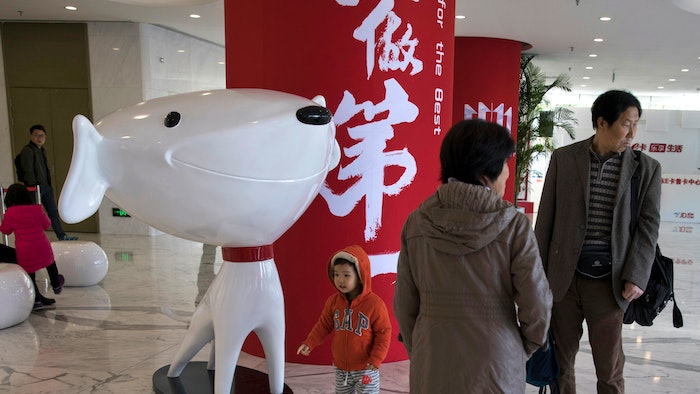 In this photo, a child stands near the mascot for Chinese e-commerce giant JD.com at its headquarters in Beijing, China.
AP Photo/Ng Han Guan

SEOUL, South Korea (AP) — Google said Monday that it will invest $550 million in Alibaba's main rival JD.com as the U.S. tech giant seeks to expand in fast-growing Asian e-commerce markets. Under the partnership, JD.com products will appear on Google's shopping service, giving JD.com access to consumers outside Asia, while Google can apply the Chinese e-commerce company's supply chain and logistics expertise to its technology.

Google said that through the partnership, the company will explore new solutions to improve shopping experiences of consumers around the world. It was not clear if the partnership was the American company's latest attempt to make a foray into China, where its major services, including email and its search engine, are blocked.

The two companies, however, will jointly develop retail solutions in Southeast Asia, the latest battlefield among global online commerce giants such as Alibaba, JD.com and Amazon. Southeast Asian consumers are forecast to spend $88.1 billion online by 2025, according to Google.

JD.com is China's second-largest e-commerce company after Alibaba. It counts Tencent Holdings, the developer of the WeChat messenger app and a key rival of Alibaba, as its investors.

Google will receive 27.1 million newly issued JD.com Class A ordinary shares as part of the deal.