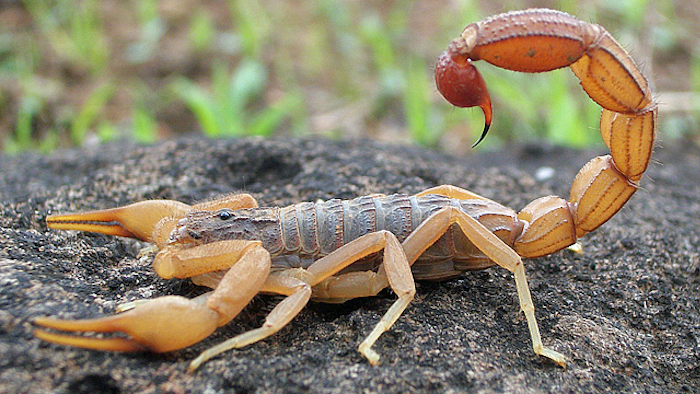 A new scorpion-milking robot designed to extract venom could replace the traditional manual method. Scorpion venom is used in medical applications such as immunosuppressants, anti-malarial drugs and cancer research, but the extraction process can be potentially life-threatening. "This robot makes venom recovery fast and safe", says Mr Mouad Mkamel who designed the robot with a team of researchers from Ben M'sik Hassan II University, Morocco.

"The extraction of scorpion venom is a very difficult task and usually takes at least two experimenters," says Mr Mkamel. "There are numerous risks including potentially deadly scorpion stings and electric shocks from the stimulators used to extract the venom."

Mr Mkamel and the team created the VES-4® device to be a lightweight and easily portable robot for researchers both in the lab or the field. "It is designed to extract scorpion venom without harming the animal and to provide more safety for the experimenters," explains Mr Mkamel.

Current scorpion-milking methods are either dangerous (electrical stimulation by hand), unreliable (mechanical stimulation) or harmful to the animal (puncturing of venom gland/abdominal removal). This robot milks the scorpions by clamping the tail and electrically stimulating the animal to express droplets of venom, which is then captured and safely stored. "VES4® could be used by one person using a remote control to safely recover scorpion venom remotely," adds Mr Mkamel.

The robot has been tested on multiple species of scorpions and can be programmed to adjust remember specific settings for different species, while the LED screen allows users to display the name of the species currently being milked.