GE Healthcare’s Life Sciences business today announced that its European manufacturing and distribution site for sterile liquids has expanded its capabilities to include production of large volumes of buffers, process liquids and cell culture media, and launched a rapid production service for prototype cell culture media and buffers.

The site in Pasching, Austria, mirrors the quality and performance standards of the business’ Center of Excellence in Logan, Utah, meeting customers’ requirements for consistent global quality management.

Biopharmaceuticals and vaccines are used in the treatment of cancer, autoimmune disorders and other areas of unmet medical need.

Manufacturing of these biopharmaceuticals requires a reliable, flexible supply of a range of sterile liquids, including cell culture media and buffers, to support high-yield production and efficient purification of the target product.

The Pasching facility serves biopharmaceutical companies in over 40 countries across Europe, Africa and the Middle East.

David Radspinner, PhD, General Manager of Bioprocess Cell Culture at GE Healthcare’s Life Sciences business, said: “Our aim is to accelerate development and scale-up for our biomanufacturing customers by providing simplified, flexible services both in Europe and in other regions. The capabilities of our Pasching facility will enable us to seamlessly support our customers globally, ensuring security of supply with multiple manufacturing sites that are qualified and validated to the same quality standards.”

GE’s additional production capacity at Pasching has been developed over two years, with an investment of $4.3m USD (€3.8m).

The site is also a production and distribution center for Europe, with more than 300,000 individual product items shipped through the site per year. 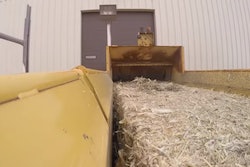