What the iPhone Can Teach Us About IoT Devices

As the iPhone approaches its tenth anniversary, it's easy to forget how negative many were when the first device appeared. 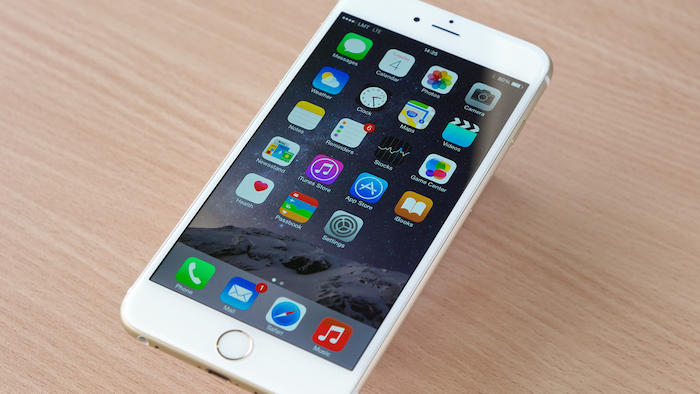 The following article appears courtesy of InternetofBusiness.com and their upcoming event Internet of Manufacturing.

As the iPhone approaches its tenth anniversary at the end of June, it is easy to forget how negative many people were when the first device appeared.

Some thought the device’s impact would be minimal and it would only appeal to a few ‘gadget freaks’.

Some considered it deeply flawed, with a slow internet connection and a lack of buttons. At that time, they had a point, but performance of the early devices, which only supported the slow 2.5G or EDGE mobile network standard, improved with the arrival of 3G and then 4G as the mobile network.

Others initially refused to believe that the iPhone could pose a threat to the Motorola RAZR or the BlackBerry. There was “no chance”, they said, it could win a significant share of the market.

All this naysaying seemed reasonable to many at the time. After all, mobile phone use was already widespread, but dominated by Nokia, Motorola and the mobile network operators, with RIM’s BlackBerry the default tool in the upper reaches of the enterprise.

Handheld connected computers from Palm, Psion and others had filled a niche, but not taken off in huge numbers. Next to them, the iPhone looked too locked down, restricted and expensive – and perhaps it still is – but something important had changed.

There were very early signs of this change. Within six months of the iPhone launch, Quocirca conducted research into enterprise mobile services commissioned by mobile operator O2, and asked a single, ad hoc question about the iPhone.

It was couched as looking for the personal opinion of the interviewees. Each one was responsible for the purchase of mobile and fixed telephony networks, in a large and multinational company, based in different countries across Europe. The question was “What best characterizes your personal thoughts about the Apple iPhone as a business tool?”. There were six exclusive options

In the UK, 30 percent of respondents thought it was only for consumers; a similar number in France thought it might be a useful business tool and over one-third in Germany thought it was only for gadget fans. These were the largest answers respectively in each country. However, it was Italy, the first country in Europe to go beyond 100 percent mobile phone penetration, where the answer set the scene for the last 10 years.

Six out of ten respondents told us: “I’d like one”.

The success of the iPhone has coincided with (and most likely been the cause of) two dramatic shifts in power.

First was the loss of dominance by mobile network operators. It is easy to forget, but before the iPhone, in the mobile sector, the term ‘revenue share’ most often meant just between operators. They were the powerhouses of the industry and largely drove handset specifications as much, sometimes more than, the device manufacturers themselves.

Apple took a different approach with the iPhone. After its success with mobile music and the iPod, it focused on data, not voice. So many in the industry were relatively unconcerned that it was able to get started via exclusive deals with a single operator in each territory – typically not a market leader. It then exploited the software development model that had been so well employed by Microsoft in the previous desktop era, and created revenue opportunities in the ecosystem and an app marketplace.

Developers flocked, and the result? Apps for everything or, in the words, of an early campaign, ‘There’s an app for that.

The second was a shift is in the workplace. The surge in consumer adoption of mobile technology, sparked by Wi-Fi and broadband availability as well as lower cost laptops and mobile phones, continued to gather momentum with the arrival of smartphones, tablets and decent performance mobile data networks.

The home suddenly appeared better equipped with IT and networking than the workplace and so individual technology choices became important in the enterprise. This is now termed BYOD (bring your own device) or consumerization and has been a challenge for many responsible for IT governance to control.

Other Edge Devices in the IoT

Going forward, the appeal of more and more internet connected ‘things’, including wearable devices, will increase the challenge for IT departments. Many of the devices will be short-lived as both appeal and manufacturers falter, but they will drift through enterprise networks and need to be discovered, understood and dealt with, however ephemeral they turn out to be.

Some may need to be isolated and contained. Others, like the smartphone and tablets before them, will become integral to both working and home lives of employees and need to be cautiously embraced. What is clear is that IT teams will have many more ‘cats to herd’ or ‘plates to spin’ as the phrase “I’d like one” is heard again and again.

This will require a new way of thinking about IT at the edge of the network. The process might have started off with a shiny gadget, but these gadgets are simply gateways. IT management should be less about controlling a fixed number of devices and assets and more about flexibly controlling access to IT delivered anywhere, as a service.

Policies, procedures and management tools will need to evolve to take into account a whole spectrum of actions and intent – less about consumerization of devices and more about how IT itself is consumed.